- Live Fearlessly, Compassionately and Honestly
CLICK TO READ ANATOMY OF A TIGER 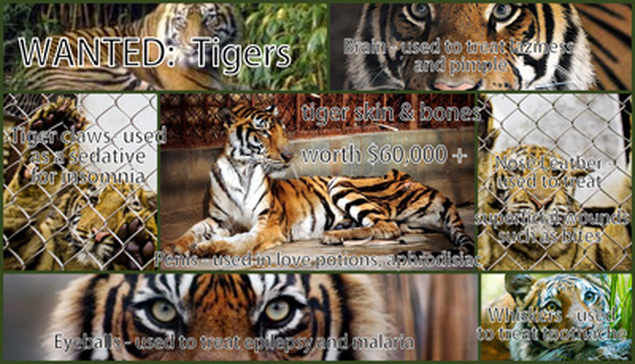 By Big Cat Photography
Tigers are the largest of all the big cats, at the top the food chain, and are one of the most culturally important and beautiful animals on this planet. However, they are also among the most vulnerable and threatened species on Earth.  The stark facts are that 100 years ago there were around 100,000 tigers living in their natural wild environment made up of 8 sub-species. The latest estimate is that only 3,200 wild tigers remain and 3 of those sub species are now extinct. They are the hard facts of the desperate decline in the wild numbers of one of the world’s most iconic animals. 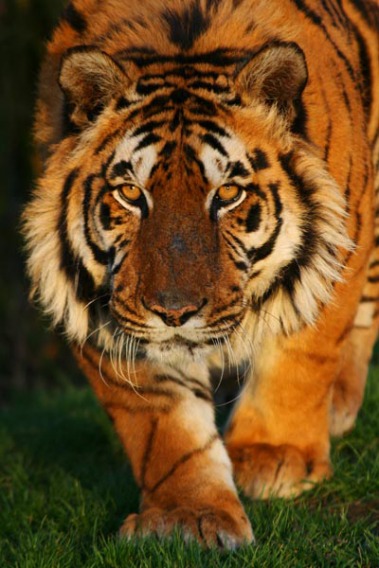 WHY ARE TIGERS DECLINING? 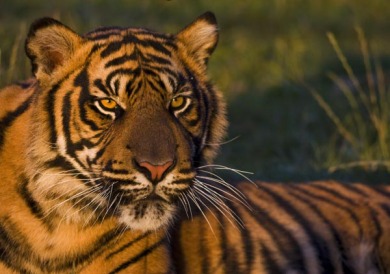 For over 1,000 years, tigers have been hunted for their parts which are used as status symbols, decorative items such as wall and floor coverings, gifts, and for use in traditional Asian medicines. Hunting for sport probably caused the greatest decline in tiger populations up until the

1930s. In the early 1990s, it became evident that trade in tiger bone for traditional medicines threatened to drive tigers to extinction in the wild. Thankfully the international trade in tiger parts is now illegal, however poaching persistently feeds consumer demand. This poaching is the largest immediate threat to the species worldwide, with 1 tiger being poached every week of the year somewhere in Asia. 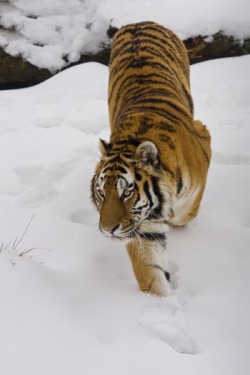 photo by Big Cat Photography
Less than a hundred years ago, tigers prowled the forests of Eastern Turkey and the Caspian Region of Western Asia, across to the Indian sub-continent, China, and Indochina, south to Indonesia, and north to the Korean Peninsula and the Russian Far East. But growing human populations, have both contracted and fragmented the tigers former range.  Deforestation, especially in Indonesia, is driving the remaining few tigers into small, scattered areas of remaining habitat.

Tigers live in some of the most diverse places on Earth from the Russian Far East where the temperature can be as low as minus 50 degrees to the steamy jungles of South East Asia where it can be as hot as plus 50 degrees.  Tigers need large territories to survive, so reduced habitat means that fewer tigers can survive in the wild. In addition, isolated populations are more susceptible to inbreeding. Along with habitat loss, tigers have suffered from severe loss of natural prey populations such as deer, goats, sheep, and pigs. Large-scale habitat destruction and reduction of prey populations are the major long-term threats to the continued existence of tigers in the wild.
Conflict With Humans
As tigers continue to lose their habitat and prey species, they are increasingly coming into conflict with humans as they attack domestic animals--and sometimes people.  In retaliation, tigers are often killed by authorities, angry villagers, farmers or else captured and kept in zoos.

So what hope is there for the future?

We can still save the tiger – in 1940 there were believed to be fewer than 40 Amur Tigers in the far East of Russia but today there are 400. This proves with the right conservation efforts, things can change.

Conservation charities across the world (WWF, 21st Century Tiger, Save the Tiger Fund and many more) are doing fantastic work in the following areas

Fact – There are more Tigers privately owned in the USA than remain in the wild…………..and only 6% of the USA’s tiger population resides in zoo’s or recognised establishments.

Fact – Indonesia, home to the Sumatran tiger, had the fastest rate of deforestation in the world between the years 2000-2005 with an area of forest equivalent to 300 football pitches destroyed every HOUR

Fact -  Guilin - one of China's main tourist cities - is home to the world's biggest single collection of tigers. Yet it is never included on foreigners' tour itineraries. For here, 1,500 captive tigers - around half as many as there are thought to be remaining in the wild - live out miserable lives in squalid conditions in a Tiger farm