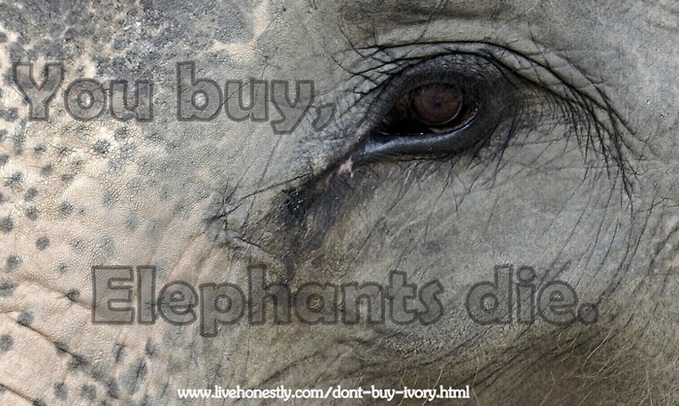 YOU BUY, ELEPHANTS DIE - by Betsy Seeton
ARE YOU PART OF THE DEMAND FOR
IVORY WITHOUT EVEN KNOWING IT?
SIGN PETITION TO END ILLEGAL IVORY IMPORTS 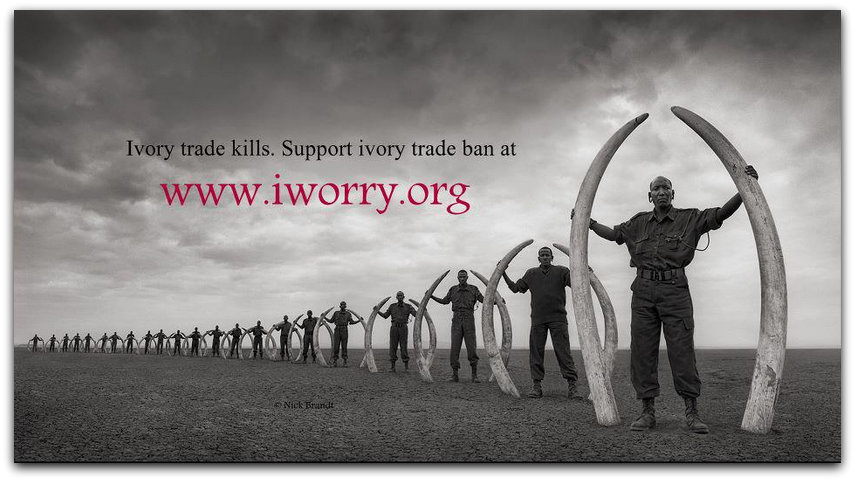 from Elephantvoices.org - click to go to their website
STRAIGHT FROM ELEPHANTSVOICE.ORG:
Ivory trade fact sheets 2010
At every meeting of the Parties to the Convention on International Trade in Endangered Species, CITES, debate surrounding trade in elephant products tends to dominate discussions. The meeting in Doha from March 13-25 will be no different. This year's debate is particularly fraught because poaching has increased markedly and because it pits neighbouring countries Kenya, against trade, and Tanzania, pro-trade, against one another.

ElephantVoices is part of a group of like-minded NGOs and individuals working under the name of the Kenya Elephant Forum (KEF). The KEF is supporting the position of a group of African nations (elephant range states and Parties to CITES) known as the African Elephant Coalition and is endeavoring to provide lobbying documents to gather support accross the globe for the AEC proposal in its own strategic plan to save elephants.

During January 2010 the Kenya Elephant Forum produced five Fact Sheets to be used to help strengthen the African Elephant Coalition's case in the ongoing debate.

Below you will find the fact sheets as pdfs. Please feel free to pass them on to your colleagues, to your friends, to the media, to decision makers - cross-post and share! Help us spread the word!
Share page on Facebook!93 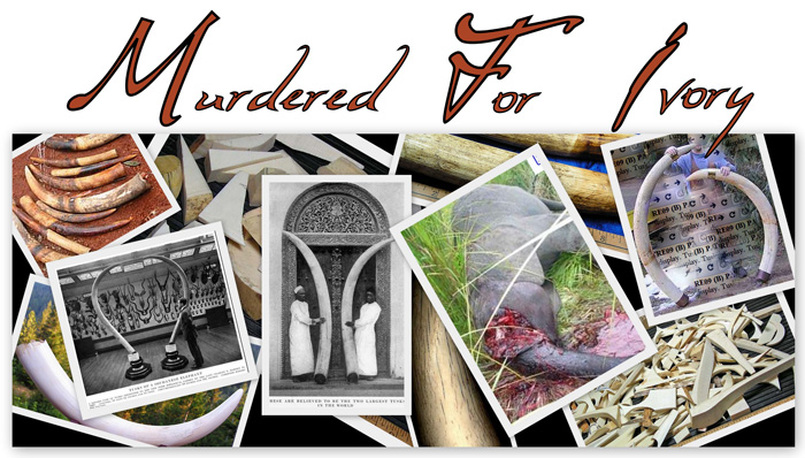 CLICK TO READ 'DON'T BUY IVORY'
STRAIGHT FROM ELEPHANTSVOICE.ORG:
Selected links ivory trade and poachingTwenty years after the international trade in ivory was banned, there is a new boom in the killing of elephants for their tusks. This development is a critical threat to the future of elephants.This page was launched in the beginning of 2010, and is updated on a frequent basis. The purpose is to systemize media coverage about the ivory trade and poaching from around the globe - for the use by anyone interested. The oldest of the selection of links listed below take you to the article "The Ivory Trail", based on a revealing paper published in Conservation Biology in August 2008. You can also read about it's findings in Science Daily from Aug. 1, 2008. The story is grim - an estimated 38,000 elephants may currently be killed each year for their tusks.

In collaboration with numerous other individuals and organizations, ElephantVoices is engaging in discussions and activities to attempt to stop the slaughter. Leading up to the meeting of the Convention on International Trade in Endangered Species (CITES) in March 2010 we did our utmost to educate and to lobby for elephants. Together with 25 other scientists we authored an Opinion Piece for Science published 12 March 2010 -Elephants, Ivory, and Trade. Read more about the ivory issue here, and find a few vital documents related to this topic and CITES here. 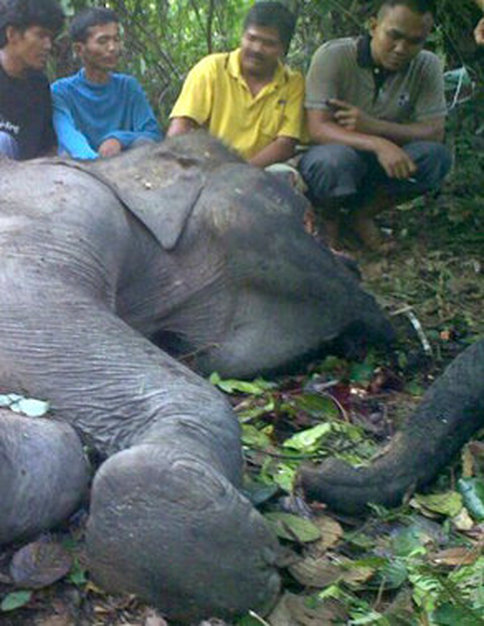 Conservationists and officials inspect the carcass of an elephant suspected of being poisoned to death by poachers near Pekanbaru, Sumatra island, Indonesia. (AP Photo)

Jakarta - Two endangered elephants found dead on Indonesia's Sumatra island are believed to be the victims of poachers targeting the animals for their prized ivory tusks, a park official said on Monday.

Hayani Suprahman, the head of Tesso Nelo National Park in Riau province, said on Monday that the body of a 5-year-old male Sumatran elephant was discovered late on Saturday with its tusks cut off with a saw. A second elephant, a 7-year-old male, was found on Sunday about 100m away from where the first had been discovered, he said.

A preliminary investigation showed that the two elephants may have been deliberately poisoned by cyanide, he said.

"I believe that poachers are behind the elephant killings for money," Suprahman said.

Trade in ivory was banned in 1989 under a UN convention, but the black market in Indonesia pays about $2 200 per 2kg and even higher on international markets, according to the World Wildlife Fund for Nature (WWF).

Samples of the two animals have been sent to a laboratory to confirm the cause of the death, Suprahman said.

Two weeks earlier, another male elephant was killed near the Bengkalis district of Riau province, and its tusks were also removed. Police are investigating, though no arrests have been made.

Only 3 000 Sumatran elephants are believed to remain in the wild, a number that dwindles each year with poaching.

Last year, a dozen elephants were killed on Sumatra, while 18 were found dead in 2008, Suprahman said. Forensic tests showed some had eaten cyanide-laced pineapples while others had been shot in the head.

Photo Credit: Conservationists and officials inspect the carcass of an elephant suspected of being poisoned to death by poachers near Pekanbaru, Sumatra island, Indonesia. (AP Photo)

click
LAWS AND REGULATIONS GOVERNING THE SALE OF IVORY