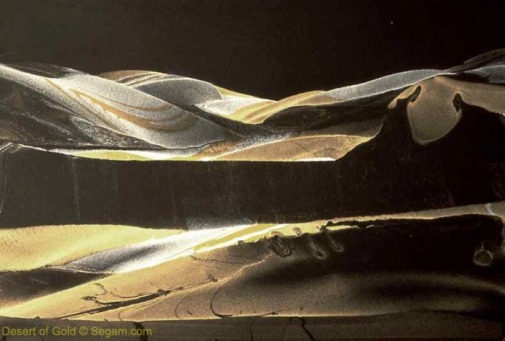 Amy Lee Segami (aka Amy Basic) is a mechanical engineer and an award-winning artist. Not only is she recognized for her extraordinary ability to bring science and art together as a painter, but also her interactive presentation style that bridges the cultures of East and West. As a leading authority in contemporary Suminagashi (sue-mee-Nag-gah-shee), she is uniquely known for the increasing popular “Arts-Based Learning” in business and education. Her signature FLOW workshop has the rare formula of visual art, fluid science and cultural diversity, to bring participants the opportunity to learn the basic Creative Problem Solving skills with an interdisciplinary approach of art and science.

As a professional speaker, she has given presentations in 15 countries, conducted workshops at retreats and delivered keynote speeches at Creativity and Leadership Conferences. She is one of the National Council Members for the upcoming Arts-Based Learning in Science Education Conference. Recently, she received the prestigious 2009 Julia Beveridge Award at Illinois Institute of Technology, the highest honor awarded to extraordinary IIT women. 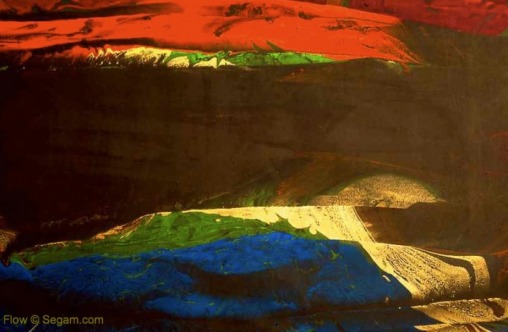 Applying the principles of science, she transforms the traditional Suminagashi into a colorful contemporary style of her own. Her artwork is referred to as breaking historical boundaries of art and expanding technological limitations by redefining its expression. Fermi National Accelerator Laboratory invited her to have a one-person exhibit and featured her work in the Symmetry Magazine. In 2006-2007, when Illinois Institute of Technology had a series of woman artists in the Art of Technology Exhibition, Segami was the first to lead the show.

Fluctuating between polarities of meaning, her paintings are about the essence of human experience and its relationship to the universe. The distinctive style paintings have won Segami numerous awards and inclusion in many juried competitions. In addition to many private collections worldwide, her works are in the permanent collection of the Museum of New Mexico in Santa Fe and the Cooper-Hewitt National Design Museum, Smithsonian Institution in New York. The BBC radio called her work a major accomplishment.

Crain’s Chicago Business recognized her as the foremost practitioner of the Suminagashi art form and one of the region’s finest leaders in the field. Illinois Institute of Technology presented her with the Professional Achievement Award. In 2006, she joined a select roster of distinguished Americans including tenor Placido Domingo, author Bette Bao Lord and Chairman of the Joint Chiefs of Staff General John Shalikashvili to be honored with the Immigrant Achievement Award.

Born in China, Amy grew up in Hong Kong and received an American education. Graduating with Pi Tau Sigma honors, Segami earned her Bachelor’s degree in Mechanical Engineering and Master’s degrees in Mechanical Aerospace Engineering from the Illinois Institute of Technology with scholarships she received from NASA and IIT. She was nominated to Sigma Xi, the Scientific Research Honor Society. Moreover, she studied many Asian traditional art forms such as: flower arrangement, Ikebana; Tea Ceremony; Taichi and Calligraphy.

She is a board member of IIT Alumni Association and a member of the Alumni Association Awards Judge Team. In addition to being Principal For A Day numerous times in Chicago Mayor Daley’s program, she had also served on other boards such as: Art Resources in Teaching, Mordin Dance Company, and the Chicago Chapter of National Speaker Association. Segami was one of the founding members of the Fine Arts Building Gallery, located in a National Historic Landmark in downtown Chicago. Today's Chicago Woman listed her twice as One of the “Women Making A Difference.”
CONTACT INFORMATION ON THIS EXTRAORDINARY ARTIST: